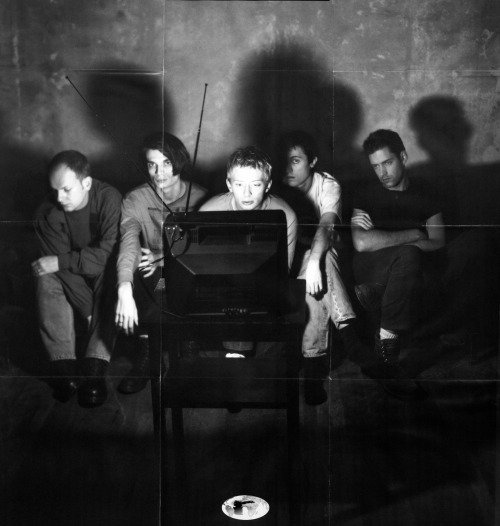 The early years (1992 – 1995)
Radiohead released their first single, "Creep" in 1992. The song was initially unsuccessful, but it became a worldwide hit several months after the release of their debut album, Pablo Honey (1993). Radiohead's popularity rose in the United Kingdom with the release of their se