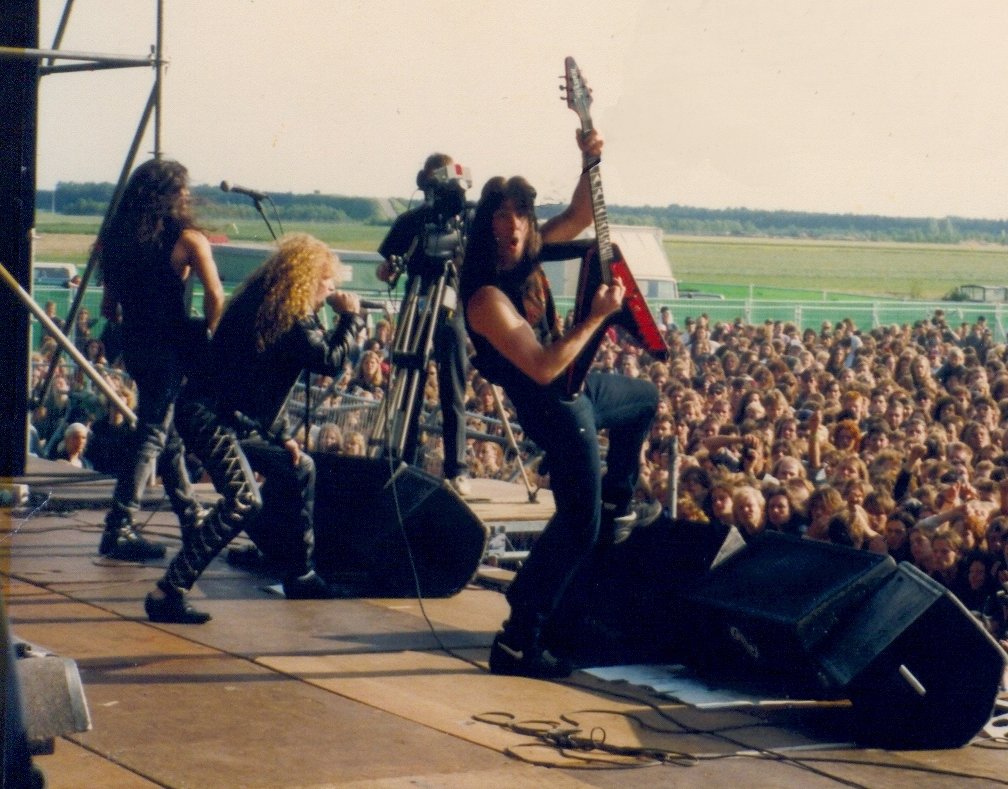 Annihilator is a Canadian thrash metal band founded in 1984 by vocalist, guitarist, bassist, songwriter, engineer, producer, mixer, mastering engineer Jeff Waters and former vocalist John Bates. They are the highest-selling heavy metal group from Canada in Canadian history, having sold more than 3 million albums worldwide, although most of their sales have been generated outside of the band's home country. Their first two studio albums, Alice in Hell and Never, Neverland, are considered to be influential Canadian heavy metal records.

Since its inception, Annihilator has released fifteen studio albums and has undergone many line-up changes. Waters is the only re