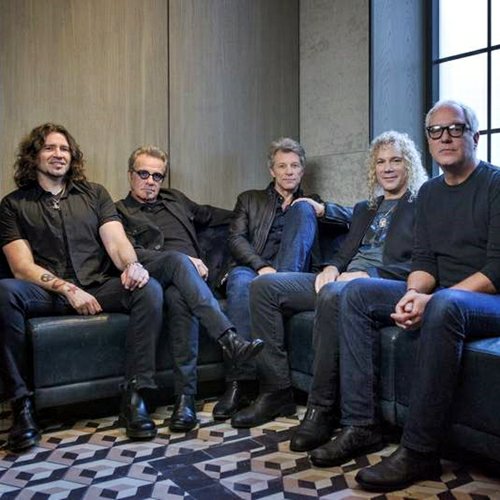 Bon Jovi is a hard rock band from Sayreville, New Jersey. Fronted by lead singer and namesake Jon Bon Jovi (born John Francis Bongiovi, Jr.), the group originally achieved large-scale success in the 80s. Over the past 25 years, the band has sold over 120 million albums worldwide, 34 million of those sales being in the U.S. alone, making them one of the most successful modern groups of all time. They continue to have widely popular tours.