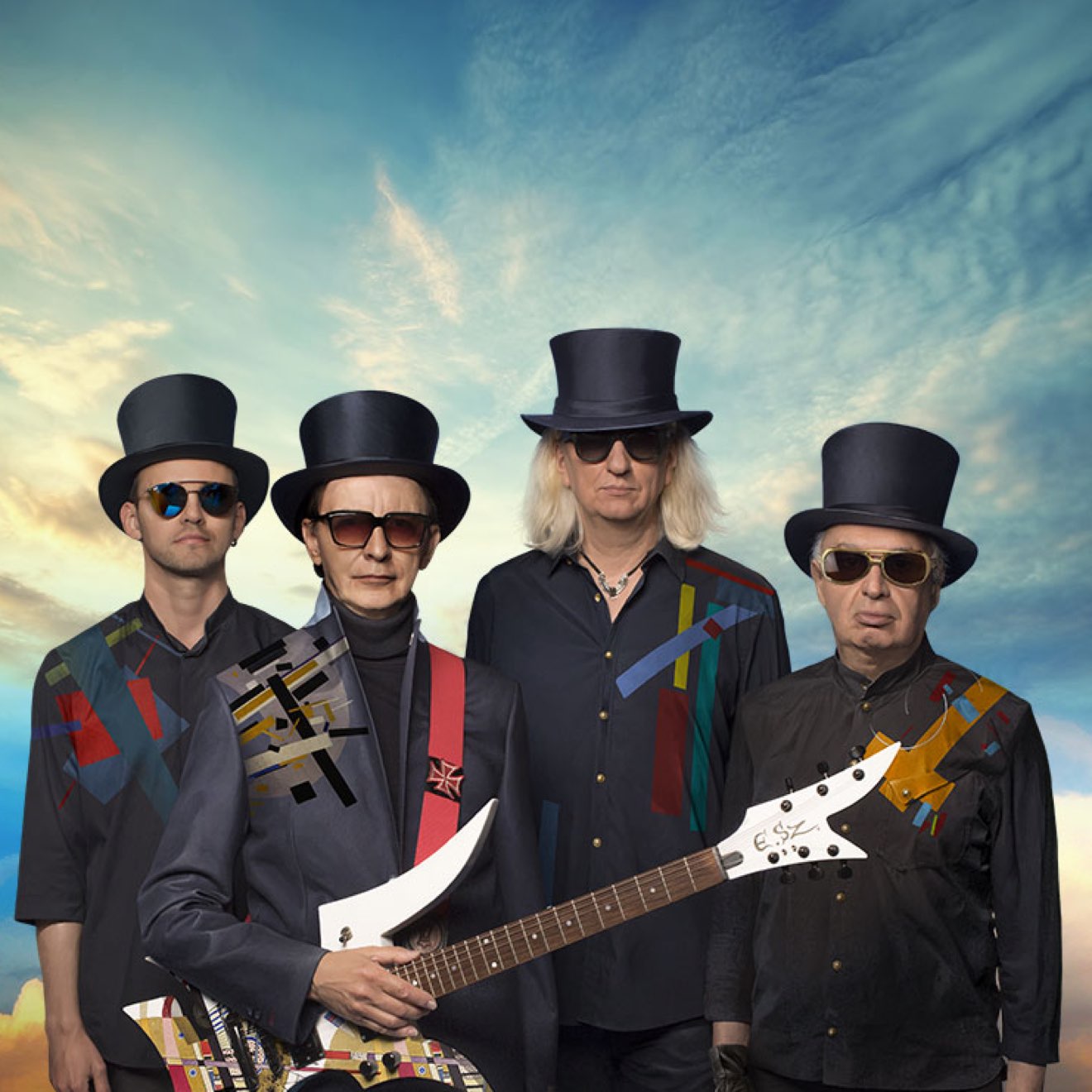 Пикник (Piknik) is a Russian art rock band founded in 1978 in Leningrad, Soviet Union (now Saint Petersburg, Russian Federation), the band has been led by vocalist and guitarist Edmund Shklarsky since 1981.
Пикник's music feature arrangements that are uncommon for traditional Russian rock. The band use violins, keyboards and exotic folk instruments. Lyrics are often based on ancient cultures, such as Egyptian. Shklarsky is the band's main songwriter, composing both music and lyrics.
Пикник use a hieroglyph as their logo.