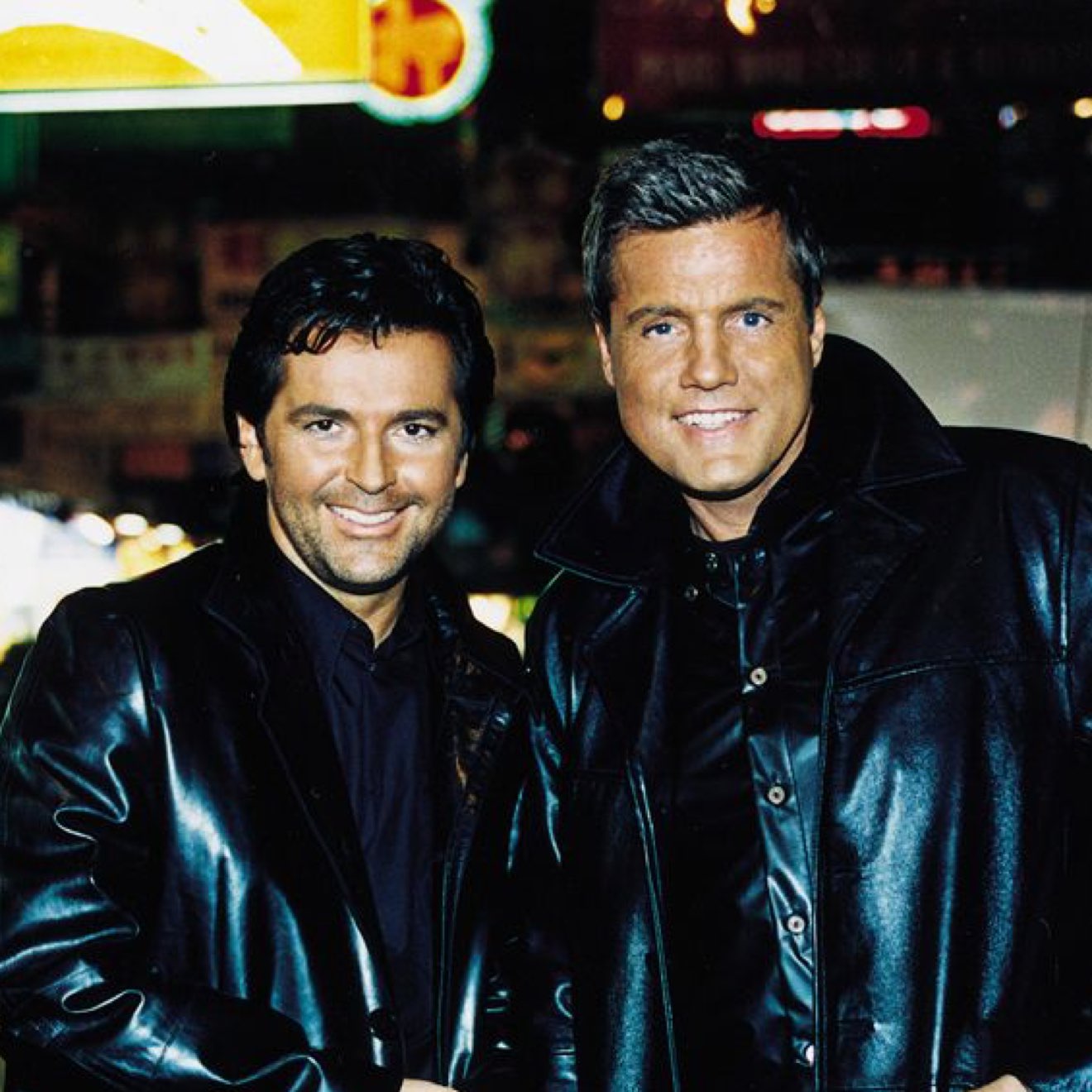 Modern Talking was a German pop music duo consisting of composer/producer/background singer Dieter Bohlen and singer Thomas Anders founded in Berlin in early 1983. It was the single most successful pop group in Germany (by sales).

First formed at the end of 1984 (Anders was 21), they unexpectedly became immensely popular with their standalone disco hit "You're My Heart, You're My Soul", which was then followed by "You Can Win If You Want" and "Cheri, Cheri Lady". They released two albums a year from 1985 to 1987 while also promoting their singles on television all over Europe. After splitting up in 1987, the duo reunited in 1998, at first only