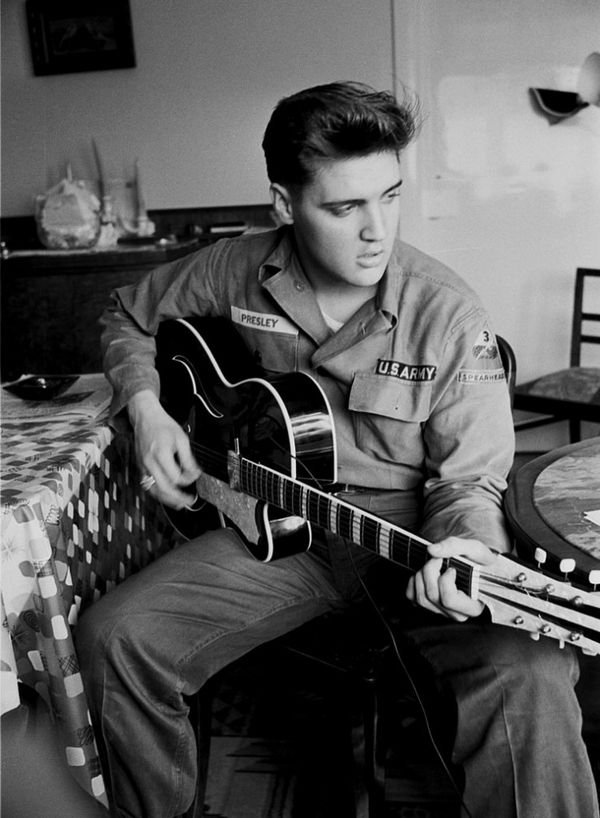 Elvis Presley began his music career at Sun Records in the spring of 1954 when Sam Philips recorded Elvis performing several of Elvis' favorite songs with Scotty Moore (guitar) and Bill Black (bass). One of these covers was a country and western song, "Blue Moon of Kentucky".
Elvis is the best-selling solo artist of all time in the United States with confirmed 189.2 million records in RIAA shipments.