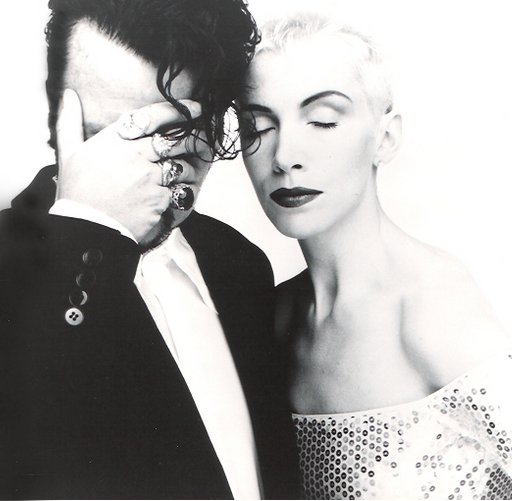 Eurythmics were a new wave duo from the United Kingdom, currently disbanded but known to reunite from time to time. Consisting of musician/producer David A. Stewart (often referred to as Dave Stewart) and singer-songwriter Annie Lennox, they formed in 1980 after the breakup of their former band The Tourists. Best known for their 1982 single "Sweet Dreams (Are Made of This)" and album of the same name, they had a striking visual image, with Lennox having a very androgynous persona. They have described their music style as "for intelligent dancers".

Both Stewart and Lennox have had success, particularly as songwriters, outside of Eurythmics. They h