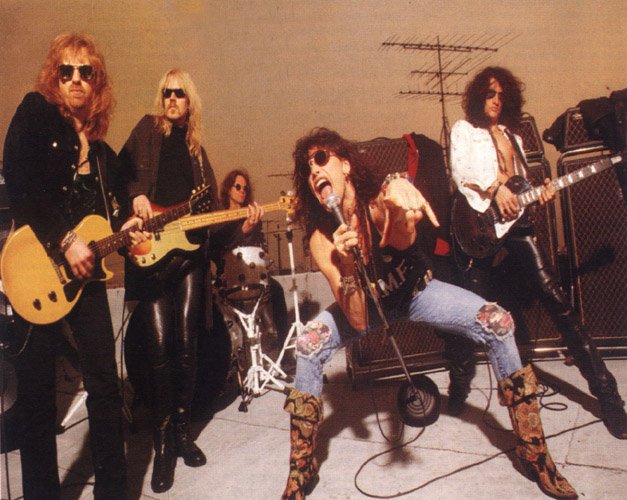 Aerosmith is a prominent American rock band. Three of its members, Steven Tyler, Joe Perry, and Tom Hamilton, first met in Sunapee, New Hampshire in the late 60s, but it wasn't until 1970, in Boston, Massachusetts, that the three decided to form a band together. Later, they met up with Joey Kramer (drums) and Brad Whitford (rhythm guitar). The band enjoyed major popularity throughout the 70s, making rock anthems such as "Dream On" and "Sweet Emotion", but they split from 1979-84 due to serious in-group arguments and substance abuse problems that contributed to their decline.