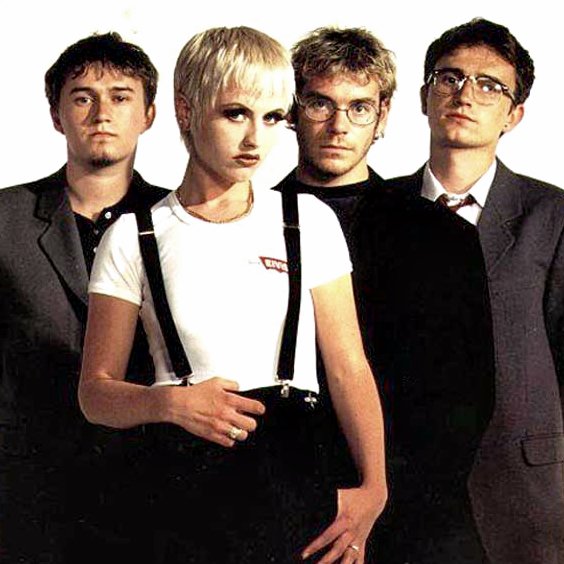 The Cranberries is an alternative rock band from Limerick, Ireland that formed in 1989 and rose to mainstream popularity in the early 1990's. The band consists of Dolores O'Riordan (vocals, keyboards, guitars), Noel Hogan (guitars, vocals, also a member of Mono Band), Mike Hogan (bass, vocals), and Fergal Lawler (drums, percussion, also a member of The Low Network). The band went on hiatus in 2003 and reunited in the summer of 2009.

Combining the melodic jangle of post-The Smiths indie pop with the lilting, trance-inducing sonic textures of late-80s dream pop and adding a slight Celtic tint, The Cranberries became one of the more successful groups to emerg