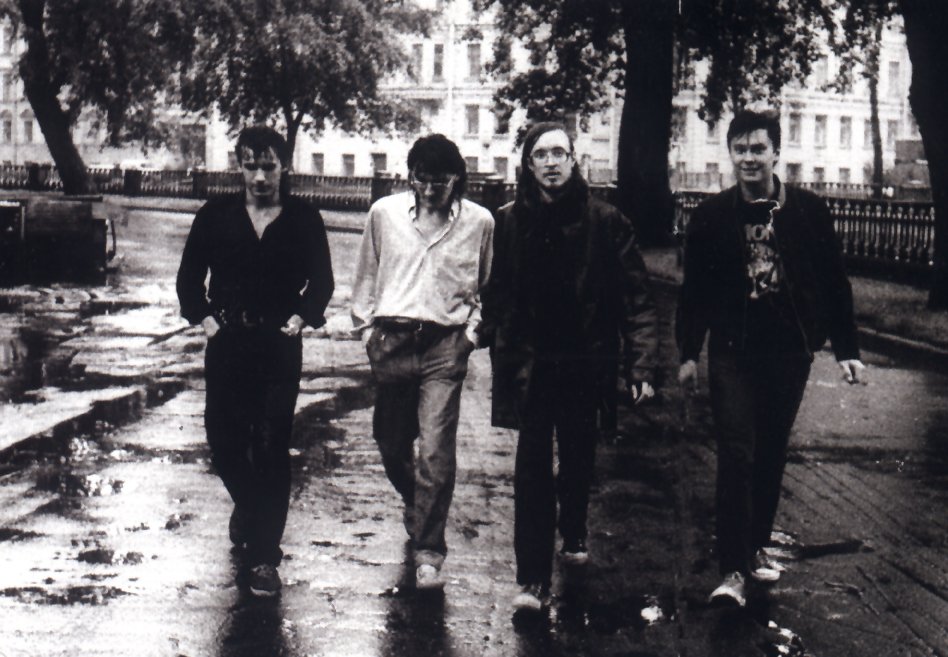 Гражданская Оборона or ГрОб and Г.О. (Grazhdanskaya Oborona or GrOb and G.O.) was one of the earliest and most famous Russian psychedelic punk bands (and the only one famous Soviet psychedelic rock / punk band). The name of the band can be translated from Russian as "Civil Defence" (abbreviated as "grob", which translates to "coffin"). There are also side projects Егор И Опизденевшие (Egor and Opizdenevshie) and Коммунизм (Communism).

The band was created in Omsk, Siberia, by a young Soviet poet and musician, Egor Letov, in December of 1984, who was inspired mostly by 60's American garage rock and Russian Futurist poetry in his vision of music, lyr