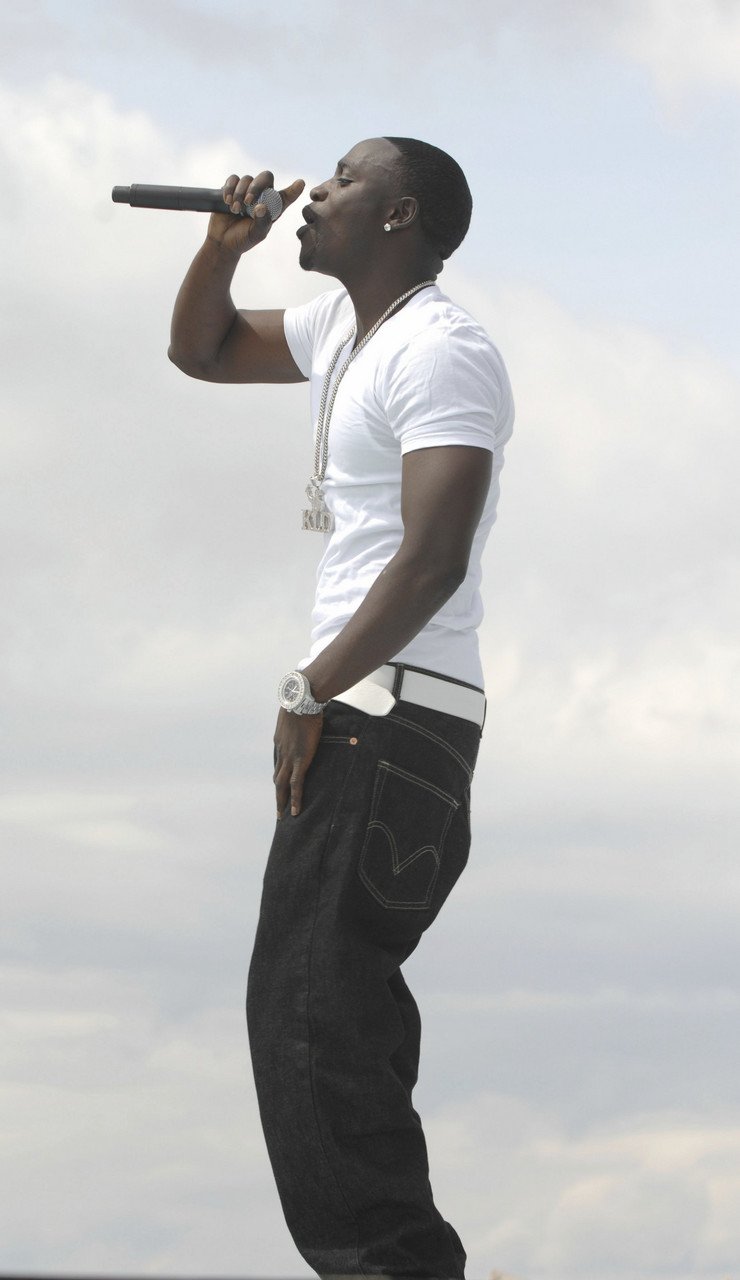 He rose to prominence in 2004 following the release of the singles "Locked Up" and "Lonely", from his debut album "Trouble". His second album, "Konvicted", earned him a Grammy Award nomination for the single Smack That featuring Eminem. His latest album, "Freedom", was released in 2008. Akon often sings hooks for other artists and is currently accredited with over 200 guest appeara