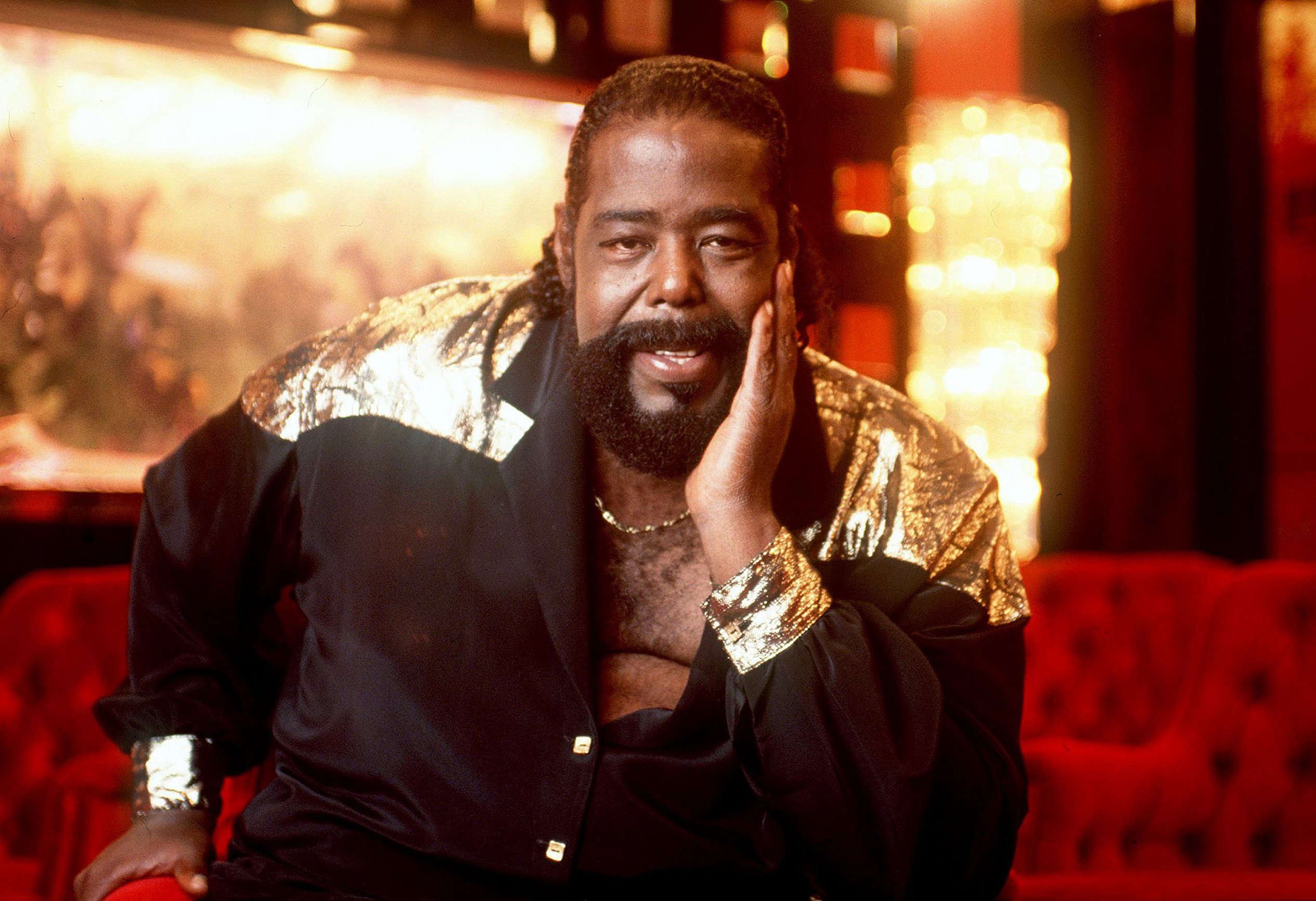 Barry White (born Barrence Eugene Carter in Galveston, Texas, USA; September 12, 1944 - July 4, 2003) was an American singer-songwriter and record producer, known for his hit soul and rnb singles such as "Can't Get Enough of Your Love, Babe" as well as his long, mutli-decade career. White grew up in his hometown in Galveston, Texas, singing gospel songs with his mother and finding himself strongly drawn to piano playing. Shortly after moving from Texas to the 'South Central' area of Los Angeles, California, White went even further into music.

He made his recording debut at the tender age of 11, playing piano on Jesse Belvin's "Good