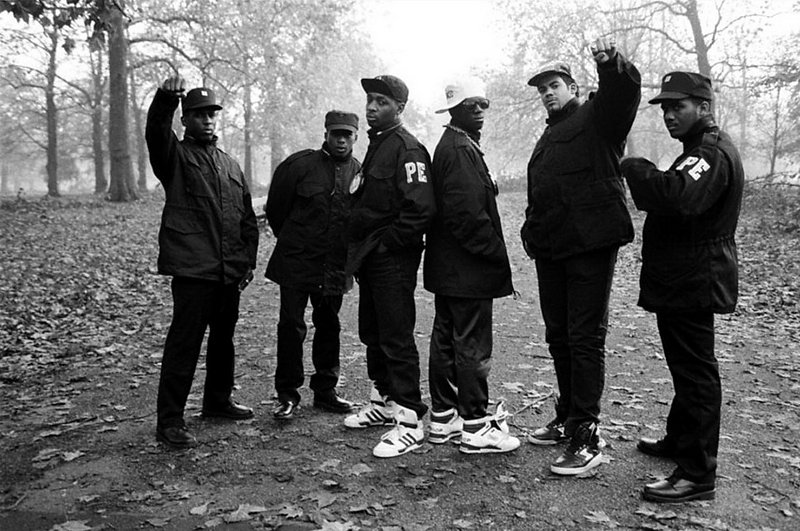 Public Enemy, also known as P.E., is a seminal Golden Age era Hip-Hop group known for their densely layered production and politically charged lyrics demonstrating their interest in the concerns of the African American community.

PE formed in Long Island, New York, in 1982 around a WBAU radio show as Spectrum City. After one less-than-successful single, they regrouped and signed to the still developing Def Jam record label after Rick Rubin heard Chuck D freestyling on a demo. Their debut, ‘Yo! Bum Rush The Show’, was released in 1987 to mild critical acclaim, although the Hip-Hop climate changed dramatically due to sampling during the time of release. As a response, they went on to