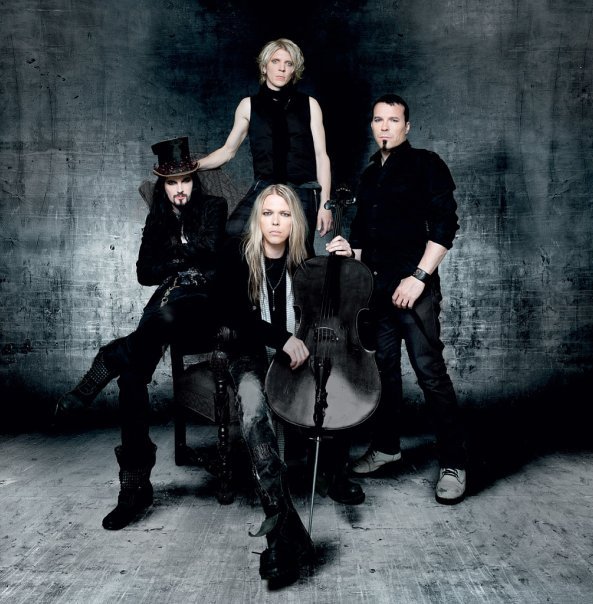 Apocalyptica is a band from Helsinki, Finland consisting of three classically-trained cellists and a drummer. Their speciality is heavy metal music on cellos, though they also play classical music.

They started in 1993 by playing covers of Metallica, but once the concept became popular they wrote their own original works, maintaining the thrash metal influences on their albums Inquisition Symphony (mainly covers as well) and Cult. Since Reflections they have added drums to their recordings and live performances.