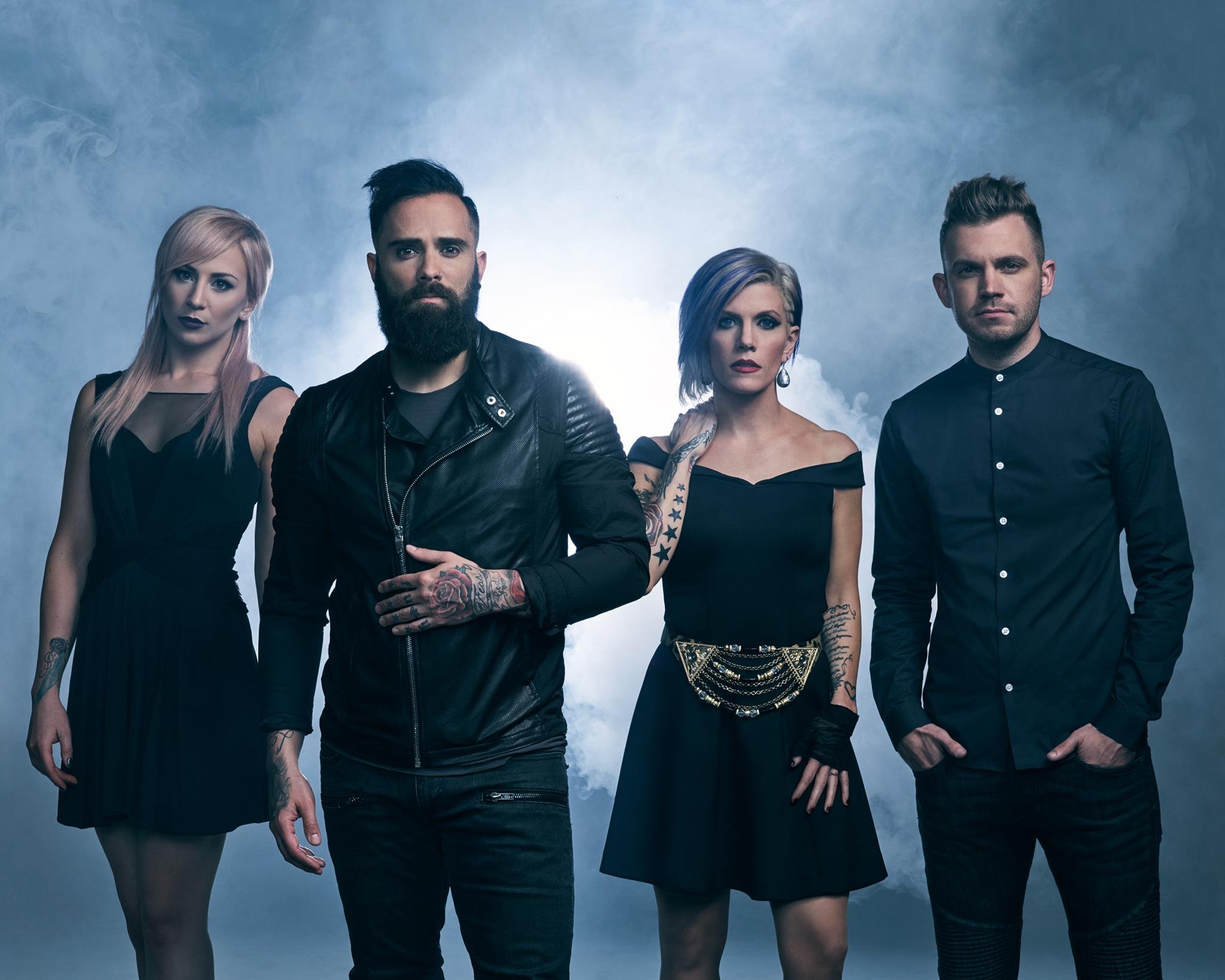 Skillet is an American rock band formed in Memphis, Tennessee, consisting of all Christian members.

Skillet formed in 1996 with two members: John Cooper, former vocalist for Tennessee progressive rock band Seraph, and Ken Steorts, former guitarist for Urgent Cry. The two bands met through touring together, but those bands disbanded soon after, so John and Ken's pastor encouraged them to form their own band as a side-project. Coming from different styles of rock music, they decided to name the experiment Skillet. After Trey McClurkin joined the band as a permanent drummer. Skillet was only together for a month when they received interest from major Christian record label ForeFro